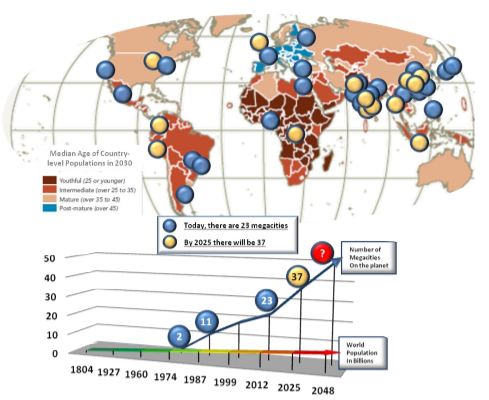 Many documents have come to light illustrating that governments around the globe are planning for most of their populations to be forced into the crowded mega cities of the future. This is to be accomplished by at least 2050. Naturally if the people of the world are corralled into mega cities, then surely, their respective authorities are already making up plans to “bring the hammer down” if need be. On this account you would not be wrong.

Two documents will be referenced here to shed light on the current topic:

Like a thread from an unraveling sweater these documents are just a piece of a larger body of evidence of plans for dystopic future. The intent of focusing on this body of evidence is not to scare but only to inform. Only through knowing about a probable divergent future can human kind stop it from happening.

Many similarities exist in all the globalist documents on the subject and a few blatant themes always come though. They are all couched in nice academic jargon meant to put you to sleep for such pronouncements could not be made openly and have any chance at succeeding.

Populations will be moved by Socio-Economic or “other” means into these mega cities just like is going on in China. Simply go to America2050.org and find if you and your neighbors are “underperforming” and will need to be relocated to a mega city.. They even have a nifty google earth app you can see in vivid relief the emerging mega regions and if you reside within or out.This is valuable information for a variety of reasons. Perhaps take in the United Nations Strong Cities Network or the World Economic Forum report Security Outlook to 2030: 3 Alternative Scenarios . Don’t like it try to vote for your Global Parliament of Mayors, oh wait you can’t. You see a pattern begin to emerge. They really want us in mega cities so we are more easily managed. This is not to save the environment, it is to save them from us while we are neatly being done away with.

Readers of RaptormanReports  and other alternative news platforms, to be sure, are no strangers to this brand of evidence. What will these mega cities look like and how would they function? As with all of these documents the planners always go with three major scenarios or a combination of them. Always acting as if these problems just magically appear out of thin air and that their host governments are not responsible in any way for the current negative trends.

As inequality between rich and poor increases, historically antagonistic religions and ethnicities will be brought into close proximity in cities. Stagnation will coexist with unprecedented development, as slums and shanty towns rapidly expand alongside modern high-rises. This is the urban future.

Along with this planned immense shift in demographics to mega cities there arises the need for an enforcement arm that can operate in a mega city. Populations not happy to go along with the program will need to be dealt with. Even the military itself recognizes the fact they will be called upon to squash dissent to globalism.

Should any of these frictions arise and become disruptive to the international system they will demand outside intervention to restore some semblance of order.  This order may not resemble previous conditions, but some likeness of equilibrium must be present in the “new normal.”

Lamenting the fact the U.S. military neither has the equipment or tactics to operate in the mega city environment because of population density and sheer size. Planners at the Strategic Studies Group and the US Army War College conducted a year long study to begin to modify strategy and tactics to operate in this environment anywhere in the world. 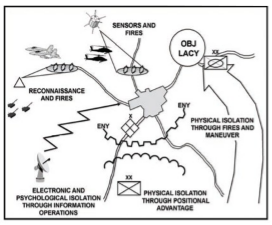 The mega city is much too large to simply cordon of and lay siege too as classic military doctrine states. Cities are usually seen as a part of the battlefield and can be quarantined or bypassed and dealt with later. Urban combat is usually to be avoided until the battle space can be shaped for the best outcome through isolation, reconnaissance, psychological and electronic means. Mega cities present a much larger problem in that they are the whole enchilada. Rebels can hide in the dense urban jungle and blend in with the populous and using advanced modern electronic communications to disseminate their message. Any one deciding to resist would be a captive audience and have no where to run. This called for a complete overhaul of convention tactics according to the documents.

Here the military and civil authorities would have to use massive firepower and rapid mobility to project force in the urban canyons and extract quickly for they may not have the support of the indigenous people. Relying on Geospatial Intelligence from sensors and drones military planners hope to conduct missions more effectively against high value targets. Robots will be integrated into these operations and would have no ethics or accountability. This is a future no one wants but all these globalist documents predict is unavoidable. Why?

Knowing what the future may hold is the first step towards making sure it does not happen.